The Battle Of Germantown During The Revolutionary War – Reenactment (Video)

This Reenactment took place on the actual property of the Battle in 1777 and on the exact same day – October 4th.

Note footage of the side of The Cliveden Estate. The damage seen was sustained during the Conflict. In addition – the tree you see stood there way back in the 1700s!

Photos of the event

Germantown in Pennsylvania is part of the city of Philadelphia today but in 1777 it was an outlying community. The Battle of Germantown, was fought on October 4, 1777, between the American army led by George Washington British Army and the British who fought under Sir William Howe.

Learning of the division of the British army, Washington decided to attack it, employing a plan required four columns to converge on the British position at Germantown.

Howe spread out his light infantry and the 40th Foot as pickets. In the main camp, Wilhelm von Knyphausen led the British left wing while Gerneral Howe personally commanded the right wing.

There was much confusion that morning due to a heavy fog. Unseen in the fog, about 100 men of the 40th Foot took refuge in the Chew mansion. When the American reserve appeared before the Chew house, Washington made the erroneous decision to launch attacks on the position, all of which failed with serious losses. Penetrating a few hundred yards beyond the Chew mansion, the men of Sullivan’s wing became demoralized when they ran low on ammunition and heard cannon fire behind them.

Despite the defeat, the Americans were encouraged by their initial successes. France, impressed by the American victory at Saratoga and the attack at Germantown, decided to lend more assistance to the rebellion. Having repelled the American attack, Howe turned his attention to clearing the Delaware River of obstacles at Red Bank and Fort Mifflin. After an unsuccessful attempt to draw Washington into battle at White Marsh and Edge Hill, Howe withdrew into Philadelphia while the American army wintered at Valley Forge.

These Flags were on the graves of Revolutionary War Soldiers, and were removed when they were replaced with new Flags. I certainly recognize the significance of owning this Flag given where it was initially standing. Also in this photograph is a tree that was standing during the Battle of Germantown in the 1700s! Massive history in this photograph.

>>READ MORE: His Amazing Love of Dogs – George Washington, The Revolutionary War & the Furry Gift He Left Us 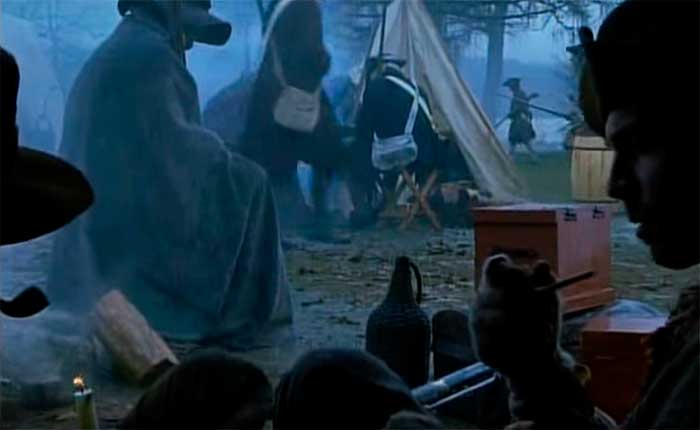 Washington’s Crossing Of The Delaware Before The Battle Of Trenton – Did His Trusted Dog Come Along?

His Amazing Love Of Dogs – George Washington, The Revolutionary War & The Furry Gift He Left Us (Video)